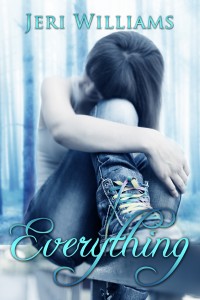 “You know, she’s Opal. She claims the witches from Harry Potter were talking to her last night.”

“Why would they talk to her, she’s not even a fan and I doubt she has even read a book or seen any of the movies,” interrupted Aria.

She bounced into the kitchen freshly showered getting OJ from the fridge. She was dressed in snug jeans and a ribbed tank top that would have the guys at SGC studying her instead of their course work. She was oblivious to that kind of thing though.

“Exactly what I said to her, if anything they should have been talking to me last night,

I’m the super fan,” I said stifling a laugh. 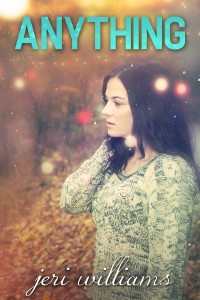 I just wanted to get inside and forget about all of them but my mouth started spilling words before my brain had a chance to tell it to shut the hell up.

“I’m sorry, I don’t know why I keep allowing myself to be bothered by him. Part of me still pines for him, hoping that he will see how miserable we are without each other and take me back. And the other part says fuck him, I don’t need him. I have this perfectly hot man in my life now that I know I could really fall in.. I mean, we have a great friendship from all of this and if this thing with Trevor had never happened you wouldn’t be in my life so I should really be thinking him or at the very least sending him a fruit cak..”

Justin’s mouth came crashing down on mine making my ramble crumble and die on my lips. I hadn’t been kissed in a really, really long time so it might have taken me a minute to realize that I was actually being kissed. No, not kissed, consumed. His lips were smooth and softer than I thought they would be as he pressed harder against my mouth, I have no idea what overcame me but I didn’t push him away. Nope, my insane side welcomed it by pulling him closer and moving my mouth fervently against his as he hands came up to cup the side of my face, locking me in place. I couldn’t move if I wanted to and with the way he was kissing me, I didn’t want to move. Ever.

He applied just the smallest amount of pressure causing me to open like a flower and he wasted no time in slipping his tongue inside to have a slow dance with mine. His tongue caressed mine at the same time as he was sucking on it gently then back to caressing it. Caress then suck, it was a combination I was not used to but instantly became addicted to. You know that movie about the girl who had never been kissed, this was that never been kissed kiss. This kiss was habit forming the thing of addictions and AA meetings. This kiss was everything.
With a final tug on my bottom lip, it ended and was left with a feeling in a state of undescribed bliss.

“Another talent, calming down crazy rambling women. You should see me in hostage negotiations.” He smirked showing one of his dimples. I was at a loss for words, dumfounded. The dumb had found me. I know that we just crossed some sort of line but I couldn’t translate that to my lips.
He leant in a kissed the corner of my mouth before making the other dimple appear in full on smile.

“Relax Bell, we’re still friends, nothing has changed. I just wanted to shut you up. I’ll call you later.” And with that he hopped in his car and drove away, leaving me still standing there probably catching flies with my mouth open, wondering what the hell just happened.
What the hell did he mean nothing has changed? Umm, hello, everything had just changed. At least to me.